It’s hard to beat real Danish Butter. Until 1888, many inferior butters from other countries attempted to claim their product was the real thing. Something had to be done.

On 23rd October 1901, 'Lurmark' became a registered trademark and the measure by which every other butter would subsequently be judged. From 1911, regular blind tastings and weekly samples have meant only the best dairies can use the Lumark Danish Butter brand, a level of control that ensures you enjoy the best butter possible.

With its famous entwined “lurs” horns, - Bronze Age musical instruments that have become symbols of Denmark - the mark continues to identify the premium Lurpak® butter that you love.  Good food deserves nothing less. 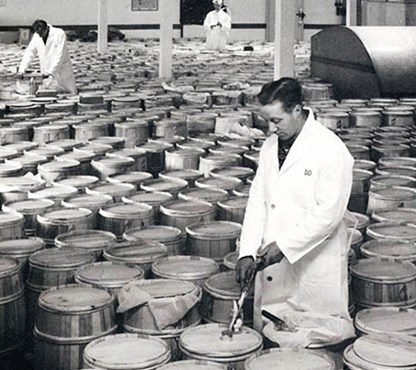 It wasn’t until 1957 that Lurmark Danish Butter became the Lurpak® that we know and love today. Ever since Denmark began inviting other countries to try its butter, it has remained a staple ingredient of kitchens all over the world.

From frying and baking, to roasting and spreading, Lurpak® is now sold in more than 75 countries and supported by growing number of loyal fans who deserve the best premium butter and nothing less. 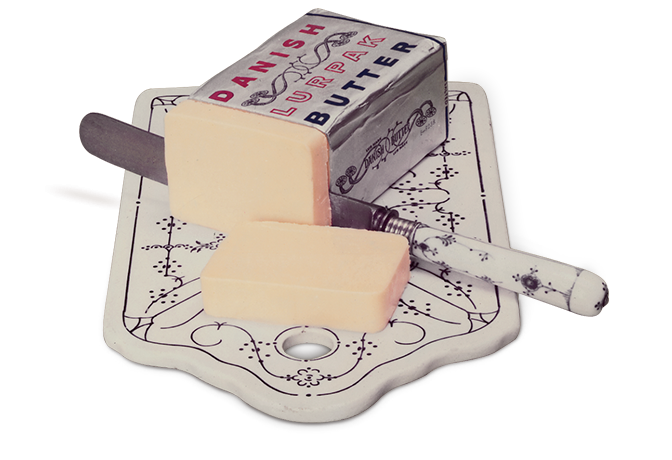 When it comes to creating the subtle taste of Lurpak®, we combine traditional methods with state-of-the-art technology.

Lurpak® is a pale-coloured lactic butter. The process begins with roughly 20kg of whole milk to make every 1kg of butter. The most valuable and flavoursome part of the milk – the cream – is carefully “ripened” before being used for the butter making process. Lactic cultures are then added, giving a fresh and slightly aromatic note with the unmistakable creaminess that creates the characteristic Lurpak® flavour. That’s it. Nothing more is added, apart from a pinch of salt to our Slightly Salted varieties.

Unmistakably fresh, ever-so-slightly aromatic Lurpak®. Perfect for cooking, baking, spreading and just about anything you want to make in the kitchen.